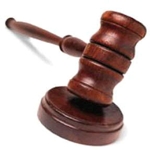 Welcome to the Mock Trial team page -- this is a team, not a club! We start up practicing after the midterms in October. Practice rounds are in January. The local tournament is in February; the state tournament is in March. County winners go on to state competition; state winners compete in a national Mock Trial in May. The local competition is sponsored by the Sacramento County Office of Education.

A mock trial is a simulated court trial that features students in the roles of attorneys, witnesses, court clerks, and bailiffs. Mock Trial is a competition with teams of nine to twenty students from approximately 20 area schools that study a hypothetical criminal case (new each year), practice and prepare for their day(s) in court. Teams are scored by real attorneys on how effectively they present their case.

1. If you are an athlete that practices every day, can you join?

Students participating in a winter sport find it almost impossible to a sport and Mock Trial at the same time. You really can’t do two sports in the same season. Fall and spring sport participants should be OK; fall sports will be almost over by the time we really get going, and we’ve been able to work with spring coaches well, especially tennis (yea Dave!) to work around conflicts.

2. Can you join Mock Trial in the second semester, or is it a yearlong commitment?

This is a team, it’s not a club. We have a “season” (October through March) with practices and a competition schedule. Just like students who have “positions” in sports, Mock Trial team members have roles, and we practice with students in those roles and other students rely on them being there at the beginning. Think of it this way… could you just join the basketball team mid-way through the season?

3. Is the Law class and after school Mock Trial team the same thing? What are the differences?

The Law class is an academic class in criminal law with a textbook, quizzes, exams, etc. We happen to use the same Mock Trial case material for the class final exam, but the class and the team are completely separate. Think of the Mock Trial team like a sports team… just because you may take a basketball class in PE doesn’t mean you’re on the school basketball team, and basketball team members don’t have to take a PE class. They are two separate things. 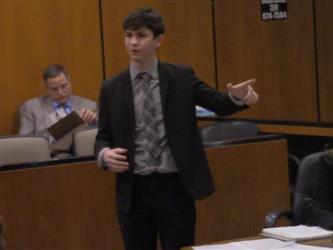 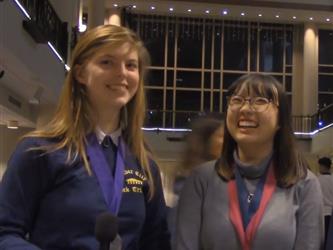 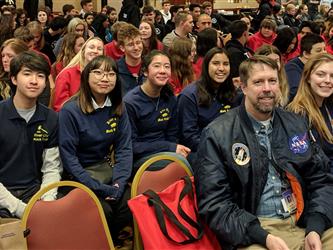 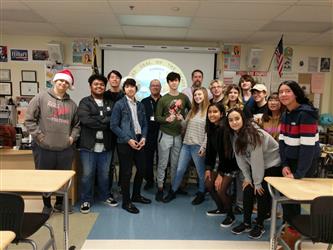 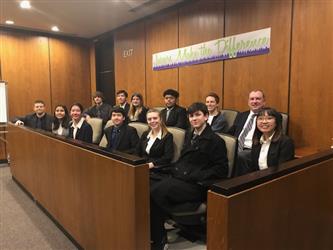